MNS outraged at suggestions of improper conduct on Transnet matter

The following statement is issued by Mncedisi Ndlovu & Sedumedi Attorneys (MNS) in response to an article in today’s City Press.

MNS is outraged at suggestions of improper conduct in its handling of investigations into former Transnet board member Seth Radebe.

In light of this, we believe the recording was made for unlawful purposes to undermine the investigations conducted and ultimately to defeat the ends of justice. In this regard we will be following the appropriate legal channels to deal with this unlawful attempt.

It is important to note that throughout the conversation with Mr Radebe, Mr Ndlovu insisted he would not take part in any unethical conduct.

During the conversation around the court application brought by Mr Radebe, at no point did Mr Ndlovu intimate that he was acting on behalf of and/or the request of either the Minister of Public Enterprises, the chairman of Transnet Board or Transnet.

It is also important to note that the advice Mr Ndlovu provided to Mr Radebe has since been vindicated by the court in that Mr Radebe lost his court application against the Minister of Public Enterprises — as predicted by Mr Ndlovu.

The relationship between MNS and Mr Radebe has been completely misrepresented, including what we believe to be tampering with a recording of a conversation. It is this tampered recording that appears to form the basis of City Press’ suggestion of improper conduct – a suggestion we totally reject.

We can clearly and confidently state that there was no attempt to subvert any investigations, legal processes or criminal investigations. No “deals” were suggested or made, and nor was there any attempt to undermine the proper processes followed by Minister Gordhan in removing Mr Radebe from the Transnet board.

It is clear that City Press has been “played” by an individual or individuals – and in the process, has played right into the hands of those who misused and criminally abused their positions at Transnet to commit acts of corruption. This initiative is undoubtedly intended to undermine the solid work that MNS’ team has done – as mandated by the board of Transnet – to expose corruption and ensure that criminals are bought to book. We suspect it is also an attempt to undermine the work that has been presented to the Zondo Commission of Inquiry. It forms part of a broader “fight back” campaign by the people we and others have exposed, and who are now being pursued by the law enforcement agencies.

The context surrounding this issue are vital to understanding what has actually transpired:

MNS was appointed by the Transnet board at the end of 2017 after allegations of tender irregularities were made public. Mr Radebe was Transnet’s audit committee chairman at the time and thus responsible for MNS’ appointment to conduct the investigations.

After  we presented our report to Transnet, Mr Radebe insisted that we should change our findings. We refused to do so.

Soon afterwards, Mr Radebe was removed from the board by Minister Gordhan. Mr Radebe asked MNS for advice on how to “fight” his removal by the Minister; our response – totally misrepresented by City Press – was that he should drop the case.

Alongside this, Mr Radebe kept reminding our firm that he had been responsible for our appointment, and made requests for financial assistance – including to “donate” money to a church he is running, and secondly that we settle the bond on his house, which was being foreclosed. He also continued to demand that MNS should change its findings.

On all these points, he was consistently rebuffed.

With the benefit of hindsight, we now recognise that we should have taken firmer action at the time in response to Mr Radebe’s demands. We intend to correct that now by taking the appropriate steps as outlined above.

We will not let these dirty tricks undermine the reputation of our business or our solid track record in exposing graft and bringing about justice and accountability. Our commitment to good governance and the rule of law is a matter of record, as is our success in exposing corruption and malfeasance, and we trust the public will see this scurrilous attempt at discrediting our work for what it is. 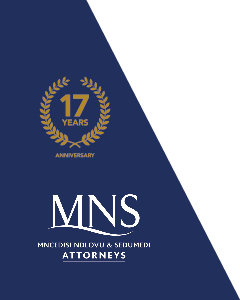 The MNS Story – Meet the team behind the brand 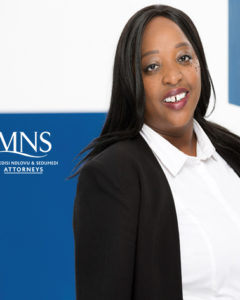