The Consumer Protection Act: Impact on the Entertainment Industry

The Consumer Protection Act 68 of 2008(“the CPA/this Act”) has been termed a Bill of Rights for South African consumers as it has radically tilted power in their favour.

South Africans rank amongst the most protected consumers in the world as they have been granted fundamental rights that they may enforce through the avenues created by the CPA.

One of the key remedies that the CPA has given to consumers is the right to lodge complaints about defective goods and poor quality service with the National Consumer Commission (“Commission”).

Suppliers can no longer live charmed lives after providing poor quality service and defective goods. They are now required to account to consumers and may be hauled before the Commission to answer for poor performance. The Act has whittled down suppliers’ power and elevated consumers’ position in their relationship with suppliers.

The effectiveness of the Act will however to a large extent hinge on the willingness of consumers to participate meaningfully in enforcing their rights.

Various studies have shown that South African consumers generally do not complain and this may have been an index of a lack of confidence in the previous enforcement mechanisms provided for in consumer law.

It is hoped that the CPA will energise consumers to participate fully in enforcing their rights effectively through the dispute resolution mechanisms provided for in this Act or through the courts.
Thankfully, the CPA will empower consumers to henceforth interact with suppliers as their equals. The era of a dominant and supercilious supplier, who could ride roughshod over a consumer’s rights with impunity, is about to vanish like dew before the morning sun.

Suppliers would therefore do themselves a tremendous favour by enhancing their understanding of the CPA and to be particularly mindful of the following consumer rights:

These rights are also enshrined in the Constitution and their codification in the CPA reflects government’s commitment to ensure that suppliers raise the bar in their dealings with suppliers.

The purpose of the CPA can be briefly summarised as follows:

The CPA therefore provides an extensive framework for consumer protection, aims to develop, enhance and protect consumer rights in an environment free of unethical and improper business practices.

The CPA came into force on 01 April 2011 and applies to the following:

The CPA therefore applies to the provision of entertainment services. This class of service includes performers in music, sports, theatre etc, collectively referred to as artists.

Spectators and audiences at concerts, festivals, cinemas etc fall within the ambit of the definition of consumer. As such, they will be covered by the CPA and enjoy all the rights it affords consumers.

Consumers in the entertainment industry have a right to demand quality performance from artists.

Quality is not defined per se but is described as performance in a manner and quality that persons are generally entitled to expect. Anything short of this standard constitutes poor quality. By way of example, poor quality service may include the following:

Spectators and members of the audience who feel aggrieved by poor performance may lodge a complaint with the Commission, the National Consumer Tribunal or the courts to demand that they rectify the defect or pay a reasonable portion of the price.

As a case in point, in an article published in the Star on 31 May 2011, it was reported that Boxing South Africa (“BSA”) was extremely unhappy with the performance of one boxer from Brazil, who was accused of poor performance.
BSA announced its intention to withhold the boxer’s prize money pending an enquiry into his performance. Though BSA’s decision was not based on the CPA, its approach and attitude on this matter eloquently summarises the essence of the CPA on poor performance.

Poor performance is frowned upon and consumers have a right to demand good quality service. In this regard, artists have a responsibility to perform to the level that people are generally entitled to expect.

Consumers can exercise their rights through the Commission, which has jurisdiction over commercial transactions and disputes in South Africa; the Tribunal established in terms of the National Credit Act as well as the courts.
Artists therefore need to be mindful that a finding of poor performance against them may attract liability, depending on the nature of the transgression, to a fine up to R1 million or 10% of their annual gross revenue.

Artists need to start seeing themselves as suppliers of services and recognise that the CPA affords consumers protection against poor performance.

It would therefore be in their interest to familiarise themselves with this Act and the Regulations thereto to enhance their understanding.

It is more sensible for artists to invest time and energy upfront in growing their understanding of this Act than to find themselves on the receiving end of hefty penalties, with their attendant reputational damage. 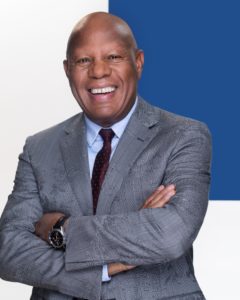 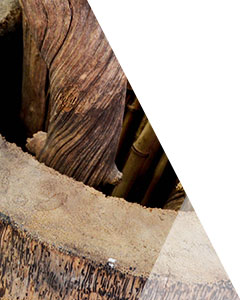 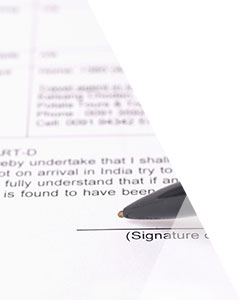