Legal Analysis Of Commissions Of Inquiry

South Africa has in recent years witnessed a proliferation of commissions of inquiry. Though their purposes have varied immensely, their primary role has been to serve as a truth ﬁnding mechanism, to unearth various wrongs and to advise the government on the manner in which such wrongs may be corrected.

The State Capture Commission of Inquiry colloquially known as “the Zondo Commission”, in particular, is tasked with serving the vital purpose of investigating how and why it is that the South African government failed to govern and allowed itself to be “captured” and its decisions to be influenced by inﬂuential persons outside of government.

We have recently observed a number of concerns raised by affected and or implicated persons who have questioned the nature and application of the Rules and procedures governing the Zondo Commission, amongst others the following has been raised:

The Zondo Commission is a creature of statute appointed by former President Jacob Zuma in terms of section 84(2) of the Constitution. The Zondo Commission draws its investigative powers from the Commissions Act which accords it with, amongst others, powers of subpoena, protects it against interference and obstruction and empowers the President to promulgate its regulations.

The Terms of Reference of the Zondo Commission accord it with quasi-judicial powers to subpoena, cross examine witnesses and to refer a matter to prosecution.

Its quasi-judicial nature should not lead an individual to confuse its proceedings with that of a court of law as they are disparate for the following reasons:

Albeit, not being purely judicial in nature, and although its ﬁndings are not binding on the President, these ﬁndings may have damning repercussions for persons condemned therein and carry with them a possibility of criminal or civil prosecution.

The Zondo Commission recently took a decision to deviate from Rule 3.3 and not furnish persons implicated (including Minister Mokonyane) in Mr Agrizzis’ testimony with a copy of the statement prior to his testimony. The reason given by the Zondo Commission for this deviation was that the safety and security of Mr Agrizzi had been threatened and such threat warranted a deviation from the Rules.

Rule 3.3 provides that where a witness’ statement implicates or may implicate an individual, the commission must within a reasonable time before the witness gives evidence and through the secretary of the commission:

“notify the “implicated person in writing that he/or she is implicated by the witness’ evidence;

Rule 3.3 is unambiguous and prescriptive in its requirement that implicated persons must be furnished with the witness’ statement or portions thereof prior to the witness testifying at the inquiry.

However, Rule 3.3 must be interpreted purposively. In African Democratic Party v The Electoral Commission and Others 2006 ZACC 1 the court stated that: “when interpreting a prescriptive and peremptory provision, one must not interpret it strictly, one is required to link the question of non-compliance with the rule, with the purpose of the provision as a whole”.

The purpose of Rule 3.3 is to ensure that implicated persons are made aware of allegations which, if made, may be prejudicial to them and to accordingly afford such persons a fair opportunity to respond thereto.

This purpose, is in line with the essential requirements of natural justice, viz the audi alterum partem maxim (“audi principle”).

The importance of the audi principle and the purpose which Rule

3.3. seeks to achieve is irrefutable, however, witness safety and security in the overall framework of the Zondo Commission cannot be discounted.

Although the Rules and Regulations of the Zondo Commission do not speciﬁcally address measures to be taken in the event where the security of a witness is threatened, a commission cannot merely disregard the importance of a witness’ safety during its proceedings.

In the premises, in determining where fairness lies, a commission needs to strike a balance and attempt to reconcile the personal safety of a witness with the desirability of ensuring the persons implicated by a witness’ testimony are afforded an opportunity to state their case.

In the case of Jan Abraham Du Preez v the Truth and Reconciliation Commission (426/96) [1997] (“Du Preez”) persons implicated in a witness’ statement were furnished with a vague statement three days prior to the witness testifying and requested to respond thereto. The TRC’s reasons for failing to provide adequate and timeous notice was to protect the identity of the witnesses testifying before the inquiry, who were victims of human rights violations and remained traumatised by their experiences.

The implicated persons approached the court alleging that the statement furnished to them was vague, no timeous notice was given and this was a blatant disregard of the audi principle.

The court held that although there may be a need for witness protection in a particular case, the paucity of the information given to the implicated persons could not be justiﬁed.

However, in the English case of the Queen on the Application of Associated Newspaper Ltd v the RT Hon Lord Justie Leveson [2012] EWHC 57, the Commissioner made a decision to admit evidence from journalists who wished to remain anonymous on the ground of fear of career blight if they identiﬁed themselves. Newspaper organisations thereafter brought an application to review this decision on the grounds that it was unfair and contravened the rules of natural justice.

The court held that “in determining where fairness lies in a public inquiry, there is always a balance to be struck and fear for a person’s future livelihood can be a powerful gag.”

The refusal to enforce compliance with the audi principle in the Du Preez case had the potential to grossly prejudice the persons who were implicated therein, despite the need for protection of the witnesses.

Contrarily, the decision by Deputy Chief Justice Zondo not to furnish the implicated persons with a copy of Mr Agrizzi’s statement beforehand did not contravene the audi principle as the audi principle may be applied at a later stage.

This principle was set out in Doody v Secretary of the State for the Home Department and other Appeals [1993] 3 ALL ER as follows:

“…fairness will very often require that a person who may be adversely affected by a decision will have an opportunity to make representations on his own behalf either before the decision to producing a favourable result or after it is taken with a view to procuring its modiﬁcation or both.” (own emphasis)

The persons implicated in the Agrizzi statement suffered no prejudice when they were not furnished with the statement prior to the testimony of Mr Agrizzi. This is so because they still have an opportunity to state their version before a final decision is taken. Furthermore, Rule 3.10 provides as follows:

This Rule 3.10 further lays credence to the argument that persons implicated may still rebut the version of events as provided by Mr Agrizzi. 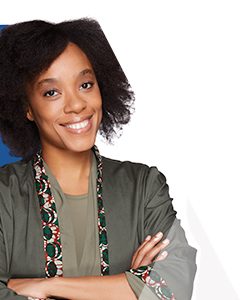