Globally revered South African music icon, Abdullah Ibrahim, is embarking on a two city benefit concert for the Thabo Mbeki Presidential Library (TMPL). Ibrahim will be supported by Ekaya for the shows taking place at the Lyric Theatre in Johannesburg on November 27 th and Life Church Seapoint in Cape Town on November 29 th.

The concerts are being described as the confluence of Africa’s greatest minds and struggle icons. “For us, the contribution of the arts was very important. It was not prescribed by anybody; there was no political party saying you must composed a song,” commented President Mbeki. “It was just the artists being themselves and a very strong sense of identity came from that.”

President Mbeki said he “was not surprised when Abdullah said he’d support the TMPL through these concerts”. The Thabo Mbeki Presidential Library (TMPL) has been conceived as an African centre of excellence in learning, research and discourse for the transformation of Africa. The benefit concerts are also being supported by MNS Attorneys – one of South Africa’s leading black-owned law firms.

“Our commitment to black excellence and independence is reflected in the aims of the Thabo Mbeki Presidential Library and also in Abdullah Ibrahim’s exceptional and extraordinary career,” said Mncedisi Ndlovu, Chairman and co-founder of MNS Attorneys. “We are thrilled to be able to help support these benefit concerts for the TMPL.” Stemming from a partnership between the University of South Africa (Unisa) and the Thabo Mbeki Foundation, the Thabo Mbeki Presidential Library (TMPL) is a repository of the documents, papers and artefacts of former President Thabo Mbeki. The TMPL aims to become a living library – one which focuses not only on Mbeki’s life and times, but also on the larger context of a rapidly changing continent. As part of this, the library will also contain the papers of many African leaders which would normally be held at different repositories.

The opportunity to see Ibrahim with Ekaya at this two city benefit concert is unmissable for South African music aficionados – especially in a year in which Ibrahim has released a new album with the band, his first in four years. Titled The Balance and released late June, the album was recorded over the course of a day in London at RAK Studios in November 2018. Featuring a number of full band arrangements, The Balance also includes several solo improvised piano pieces and is released by analogue specialists Gearbox Records. Encompassing Township-Jazz, solo piano, highlife and plentiful modern jazz styles, the instrumentation on The Balance is broad and includes harmonica, cello, and piccolo.

“With Ekaya, I am blessed in that I have all these textural opportunities,” Ibrahim said of the record. He added, “We push ourselves out of our comfort zones. So that we can present to the listener our striving for excellence. So that we can engage with our listeners without any barriers of our ego. It’s not jazz. For us, it’s a process of transcending barriers. Technically it’s very, very skilled, but there’s simplicity in the complexity so that people can relate to it. It’s a natural rhythm of the universe. We’ve been looking at recording for some time. But we were looking for the correct vehicle. Someone who understands what we’re doing.” Abdullah was recently received into the National Endowment for the Arts Jazz Masters fellowship, the highest honour the United States bestows upon jazz musicians. (Watch the mini-documentary NEA Jazz Masters: Tribute: To Abdullah Ibrahim here). 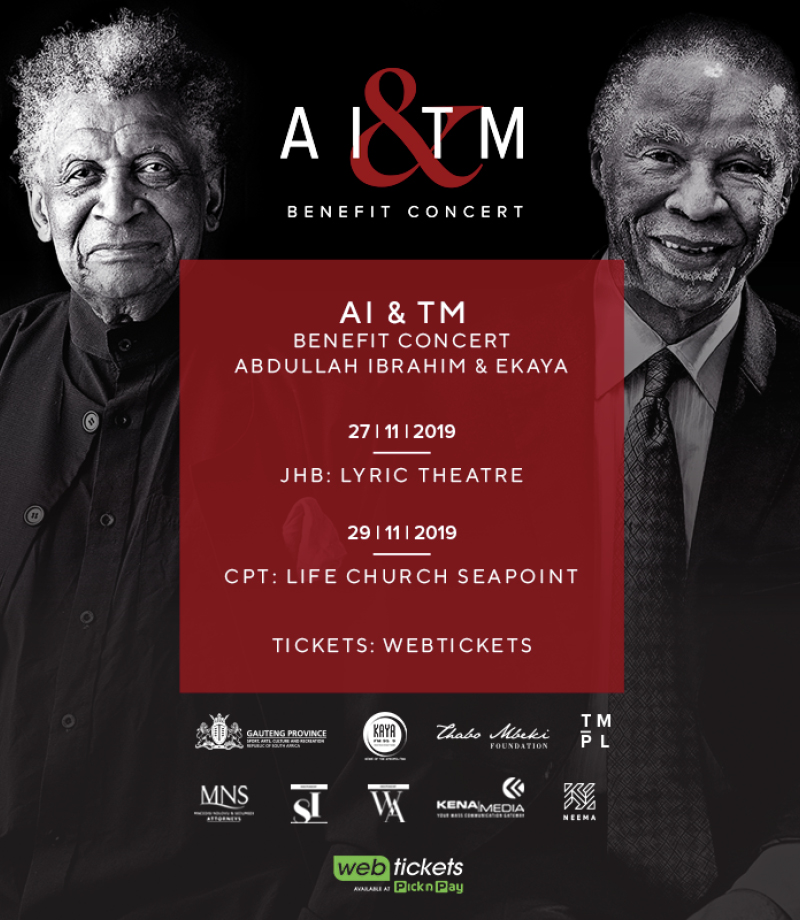 Please complete the form below or contact using the following details: